A Letter From The Seller

A Letter From The Seller

I wanted to share with you a little bit about the history of the Lambert family at 1976 Wagstaff Drive, Holladay Utah from 1957-2015

In 1957 my parents, Raymond (Ray) Lambert and E. Mary (Mary) Lambert decided our family, including me and younger brother Wayne, needed a larger house than our small two-bedroom house in South Salt Lake. So we went looking around Salt Lake Valley and decided the Holladay area was our favorite location and secured the undeveloped one-third acre lot at 1976 Wagstaff Drive. This area was formerly part of the Arthur and Bessie Wagstaff farm. My dad, Ray, completed the architectural design and blueprint for our house in winter 1957-58, a tri-level, four bedrooms, 2 ½ bath, a half basement and two car heated garage. And with mom, Mary, worked out the house details including a General Electric kitchen designed with cabinets and appliances.

Dad hired Harry Niebuhr as general contractor and home construction began in spring of 1958. Dad was at Wagstaff Drive nearly every day after work (analytical chemist for Rare Metals Inc.) and on weekends making sure construction was being completed per his design. Mom was a busy at home with two active young boys but did spend her share of time overseeing the new home construction.

We moved into 1976 Wagstaff Drive on September 5, 1958, my seventh birthday. I started second grade at Holladay Elementary School (currently Holladay City offices) the next week. We all enjoyed having a new larger home and large lot in a quiet neighborhood. My grandparents, Del and Mae Lambert, came over often to help us get settled in and work on the landscaping and developing a large garden with many trees and shrubs. Grandfather Lambert was formerly president of the Utah Rose Society.

Dad continued working at Rare Metals Inc. and mom took care of things at home. Mom really enjoyed her new kitchen and prepared many delicious meals for us through all our years at home. Dad was an expert candy maker and also enjoyed the kitchen, but he really enjoyed have a large lot to grow vegetables and fruit trees. My parents really liked entertaining so we had many dinners and parties with family and friends. Ray and Mary also liked to play bridge, so at least every couple of months their bridge group would play at our house.

In 1962, Mom won a color TV (our first) at the opening of the ZCMI store at the new Cottonwood Mall! I think we were one of the first in the area to have a color TV – mom was very proud.

My youngest brother, Todd, joined us in 1963. 1976 Wagstaff Drive was the only home Todd knew until the mid-1980s when he left for graduate school in California.

Mom ended up actually working at ZCMI – Cottonwood Mall in the children’s and jewelry departments from the mid-1960s to late 1980s. Wayne, Todd and I all worked at ZCMI for a period of time when in our late teens.

Wayne, Todd and I all went to Holladay Elementary, Olympus Junior High, and Olympus High School and generally enjoyed our years there. Todd and I (as well as dad years earlier) graduated from University of Utah. The three boys all left home upon completing school to pursue careers in other places: Scott to Washington State, Wayne to Arizona, and Todd to California.

In the late 1980s, after dad and mom retired, they enjoyed the house to themselves, continue entertaining and be able to travel more around the western states, go on a cruise and visit Europe (where my mom was born).

We all enjoyed living at 1976 Wagstaff Drive, but my parents most of all since it was the home they designed and built and lived in for more than 57 years.

We hope you start new memories and love and cherish this home like we did for 48 glorious years. 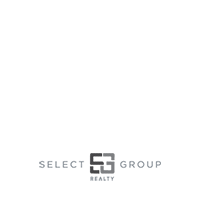